Breakdown of the Sound Department

In anticipation to filming Fear or Favour I’ve been researching the roles and duties of the sound department in a typical production team. These duties may greatly differ depending on the size of the production team and the scope of the project. While there may be 10 or more unique roles inside of the sound department, for Fear or Favour Jeff and I are doing it all! Despite this and for the sake of my own interest, I decided to research how a larger sound team might be assembled.

There are essentially three sub-components in a feature films sound department: On-set Sound, Post-Production Sound, and Music. On-set Sound is primarily responsible for capturing dialogue during filming, though sometimes they will also capture locational or ambient sounds which would be difficult to reproduce. Post-Production sound is responsible for synchronizing or overdubbing dialogue, sound effects, and ultimately the final soundtrack. Music department is responsible for obtaining the rights to license desirable pre-recorded material, or commissioning an original score and delivering a soundtrack synched with the film. Here’s the breakdown of positions in detail:

The production sound mixer is head of the sound department on set, responsible for recording all sound during filming. This involves the choice of microphones, operation of a sound recording device, and sometimes the mixing of audio signals in real time.

The utility sound technician (UST) is an on-set assistant to both the production sound mixer and the boom operator.   Likened to the best boy of the Sound Department, the UST handles equipment setup, placement, and maintenance as well as spontaneous logistics to accommodate a particular shot.  The UST is often a training position and will eventually assume the role of either the production sound mixer or boom operator.

The sound designer is responsible for all aspects of a film’s audio track, from the dialogue and sound effects recording to the re-recording of the final track. The sound designer is a principal member of the production staff, with creative authority equal to that of the film editor and director of photography.

The dialogue editor is responsible for assembling, synchronizing, and editing all dialogue in the soundtrack.  The dialogue editor will smooth out the tracks in terms of volume, and equalization to make the speech more understandable, and apply edits to create noise-free transitions.  Any audio which is unusable may be replaced by re-synchronizing/editing alternate productions takes, or by means of Automatic Dialogue Replacement (ADR) which requires the actors re-record the dialogue while watching  their on-screen performance.

The foley artist recreates and records many of the more subtle sound effects for a film to enhance its realism.  The most common types of foley are footsteps and body movements such as cloth rustling as an actor walks.  Everything else that an actor does or interacts with is a “specific” sound effect, and must be recorded separately.  Examples include shattering glass, swinging a sword, dropping a ball, etc.

The music supervisor oversees all music related aspects of the film and potentially any associated marketing. The music supervisor works with the producer and director to decide the musical vision, tone, and style that best fits the project and then secures all music related professionals such as composers, arrangers, on camera performers, etc. They must deliver musical elements within a timely manner and secure legal rights of any music before it is used.

Working under the music supervisor, the composer is responsible for writing the musical score for a film.  Depending on the size, style, and budget of the production, the composer may deliver only the sheet music, produce the music themselves, or even hire the musicians for the recording.

The music editor is responsible for compiling, mixing, and synchronizing the music with the film. The music editor must have a keen musical awareness and sensitivity to its impact on the audience’s perception of the film.  They are also responsible for creating a “temp track” which is a temporary soundtrack to be used during editing, audience previews, or other purposes while the commissioned score is being composed.

Once again, depending on the size of the production team there may be overlap between these groups, though the labels are still useful to logically break down the workload into sub-tasks. Initially I was somewhat surprised by the specificity of some of the job titles, but I realized that in a feature film production the workload is so massive that it must be broken down into particular tasks to be carried out by individuals or groups.  A dialogue editor for example works exclusively on synching words to lips (a larger task than it may seem!).

In addition to these roles and responsibilities, I also found a number of organizations relevant to the working audio professional in the film industry.  Some of them have more general membership, while others are specific to a particular position.

The Association of Sound Designers (ASD)

The Guild of Music Supervisors 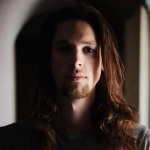 I hope you enjoyed reading, and maybe even learned something!