The Role of the Editor…by Tom Pogson

At its essential root, editing is the process of piecing together the entirety of recorded and filmed material in such as way to capture the creator’s original vision. As Vsevolod Pudovkin, a famous Russian editor, observed about the craft of editing it is the only art form within the creation of a film that comes from film-making (as opposed to many of the others that have their roots in stage, photography, music and so forth) In this blog I will discuss the history of the role of the editor, the standard process used and finish off but discussing working locally as a film editor.

The history of this craft began with English film pioneer Robert W. Paul and his film Come Along, Do which was the first film ever to contain more than a single shot back in 1898. Movie editing from that point up until the use of digital systems and editing software was done very much by hand with the process of film editing being exactly what the job sounds like. The film editor would physically cut and past the actual film together, with the role of editing sound being left to a separate sound editor (as well as music editors and foley editors) This process would be assisted by equipment such as a Moviola, an upright platform for editing film reels or a Steenbeck which was developed back in 1931 as a flat table of reels which is still in use today for productions that use 35mm film. Much more convenient and effective though are the modern day software platforms such as Final Cut, Avid and Adobe Premier Pro in which a single editor can combine all the digital footage to have complete control over the final work.

The process of editing a film starts well before the actual use of this software. As the editing of the film is a form of storytelling in and of itself, the editor is often invested in the project and its story long before principal photography begins. Once the shooting begins an editor will often be asked by the director to sit in on viewing the dailies which are principal photography from that day’s shoot so as to get the best understanding of the director’s vision. The editor can begin using this material to begin the editing process until an assembly edit or rough cut is finally created, a stage that can take as much as a year depending on the size and scale of the project. Once principal photography is finished the director will be able to shift his attention to assisting the editor, usually for a time period of more than ten weeks in fine tuning the editors cut into what is famously known as the director’s cut. During this process the editor’s primary focus is ensuring that the edit portrays the emotion of the story and continues to advance the storyline and well as the rhythm of the story and the eye-trace which is paying close attention to where the audience will be looking during the film and  This version is finally transferred to the production company who then have the task of making the appropriate additional edits to make the work ready for the platform in which the film will be shown.

So much of film editing can be done from very little training, working on an independent project or apprenticing with a seasoned pro. There are some magazines that give information about editing, and filmmaking in general, but most of these would be accessed online as opposed to being for sale at a local bookstore. Some of these titles include:

There are also excellent publications devoted to film editing available to borrow from the Cinevic library, one of which is Introduction to Film Editing by Bernard Balmuth, A.C.E who goes into fine detail about how to begin working as an editor in the historically exciting location of Hollywood. The local library also has great resources, often more focused on the history of editing and the art of certain editors such as:

The Conversations by Michael Ondaatje

-Amazing interview with Walter Murch, the editor of such classics as the Godfather Trilogy, The English Patient, and Apocalypse Now.

Locally, within Canada there are also professional businesses that can help an editor make connections such as:

I find the craft of editing really exciting and would love to do this! 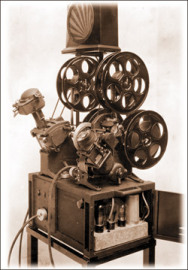